A downloadable game for Windows and macOS

Leaving his home colony while tracking a mysterious glitch, an android finds himself in the midst of a vast and dangerous structure, completely hidden from his people's knowledge. Unable to go back, he must keep going to find out where he is being led... And why he left in the first place.

Interesting pre-release. I like the main aesthetic and the mood. The visual reminds me of another game - Paratropic. The main gameplay is good enough, but I hope that you planned to do more than a simple platformer game. The player controller is efficient, but it requires at first some skill. After a while, I could manage all movements without any problem. I don't understand how to use ice axes. Overall, a good alpha project which needs some improvements and better gameplay. I stay tuned ++

This demo was a lot of fun and very ambitious, I felt incredibly bad for sleeping on it for oh so long but the wait was definitely worth it. Was the first game of the second Demo Disc I played, and was a fantastic introduction.

I loved the game so much! One of my favorites so far

Really cool game. I enjoyed climbing around. Looking forward to playing and recording my playthrough of the FULL version! Cool stuff. Please give my video a like if you enjoy it. Thanks!

I really enjoyed DUE, so when I saw this game in the HPS1 2021 demo disc I knew I was in for a good time. Love the feeling of absolute isolation and the climbing mechanics are seriously satisfying. It's the first game I play in this video!

I love megastructures ✨✨and everything connected with them😜😜, manga blame 💕💕😎👌samosbor naissance 😈😈 🤘

Usually I wander, this is my hobby 😹😹, I rummage for the top architecture 💗brutalism, minimalism🍀, functionalism🐈

This is so good! I love how open everything is and you have to pick the best path to get somewhere and learn from your own mistakes! I can't wait to play more of this!!

Just FYI, the version separate from the HPS1 demo is longer.

So if you download from this page, or from Steam, it's much lengthier :)

Ooooooh that's interesting!! Thanks for letting me know!!

An incredibly fun and outright addicting climbing puzzle game. The mechanics of the climbing are simple, but oh so satisfying to use. Downright one of the most fun games over on the Demo Disc. I really, really cannot wait for the full release.

This game is incredibly fun and can be treated like a puzzle game which has multiple solutions per level. The simple mechanics of the game are fun enough that when I beat the demo I went back in just to see what I could get on top of and jump down onto. The only limits in the game are ones that serve to make the game more fun.

One thing I would like to see from this game is more encouragement to start jumping while climbing. I think horizontal movement while climbing should be further limited so you have to make more leaps where you have to jump to move horizontally then latch onto the wall again, but the current system is still just fine how it is.

the game is really interesting and fun but after the part where you encounter the glitch it becames unnecessary difficult.

first example: there is a point where you can go down on some small tubes just to find that there is nothing there and you have to go back up jumping on some red cristals or something. the grap on the cristals more of the time will get you on top but just after, it will let you fall.

wonderful game but those few things got me to quit playing. I lost so much time in some points that become frustrating and unpleasant

Here are some tips that I found helped me with the difficulty spike:

Even if the surface is not climable, you can purposefully come just short of the jump and your picks will pull you up

When landing and you don't want to slide, quickly hit shift/walk as you land and your sliding distance will be decreased by a lot. For the red crystals and the hexagon pipes this trick is really useful.

For the sliding, you have to jump a little bit further up the pipe than you want to so you can slide a bit and keep the momentum.

Reply
Ash is Here213 days ago

is the alpha demo diffrent than the old demo?

Will this be on Itch too?

The demo was amazing! I finished it and then restarted to try and get all of the blue glitches.

the demo's cool as hell! i loved the atmosphere and how monstrously huge the whole location felt, excited for the full release!

That was a great game really. I have nothing much to say but... MY BUTTCHEEKS IS CLENCHED UP UNTIL THE VERY END OF THE GAME! lol. but for real this is like parkour to the next level.

Also I wishlisted the game :)

I'm working on a Youtube video right now(I'll embed when its out). I didn't manage to finish the game in one video because it was too long, I did enjoy most of what I played though. It had a nice touch of exploration that kill the K.O.T.H didn't have, as in that game you just went up.  There was a few parts that I found frustrating, and I feel like part of that was just my skill level, but a few more checkpoints would've been nice. Overall though it felt like a lot like a full version of due, which is a really good thing.

Awesome! Can't wait for the upload :)

Yeah, it sure has been a while since you last uploaded a game! This game reminds me so much of Kill The K.O.T.H. and I really appreciate the references to your previous games hidden in the map.

The game has great graphics for it art-style good audio, though nothing out of the ordinary. What really stands out and seems like an extension of Kill The K.O.T.H. is the map. The map is massive, and leaves so much room for exploration! And best of all, this exploration is rewarded in multiple ways, either by story exposition, simulation refreshing or in-game upgrades! For that I applaud you! I dot think the crystals resetting your simulation count is maybe a bit to much, as it means it does not matter if you get the first 6, if you just collect the last one. Perhaps, if not already implemented, collecting all crystals unlocks a secret room, a secret story, a skin, an upgrade or something along those lines.

The gameplay and game mechanics were really good too. I think they work fine, and that the issues I have were just a lack of skill, as I got better and better over time. Though, collecting that crystal at the top of the pipe was incredibly hard, and somewhat immersive ruining. I believe it took me around 500 attempts haha! I am just glad that you restart at progressions points and not all over.

But all things considered, this game was awesome, and has so much potential! It will definitely be getting a Wishlist on steam from me! Looking forward to the release and your future projects!

A very challenging, but rewarding demo! I definitely recommend checking it out!

YEAHHHHHH, I JUST DOWNLOADED, I AM A FAN SIN K.O.T.H, I wasn't sure if you were gonna make a better game than KOTH but you delivered as you promised. thank you so much!!!!!

Glad you loved it so much! Stay tuned for more!

I am not ready, I have already spent 14 dollars on a game 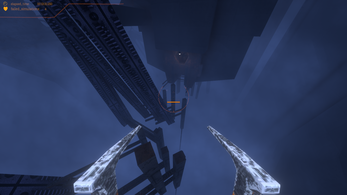 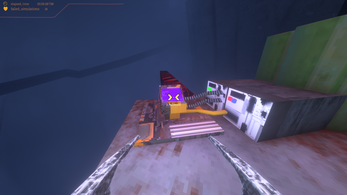 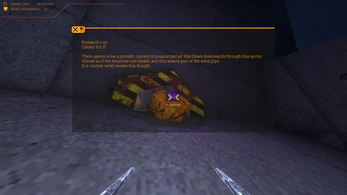 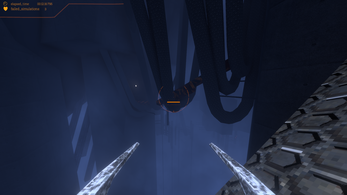 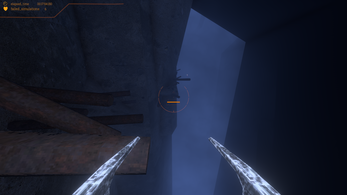 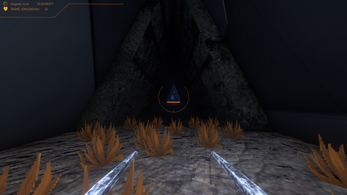 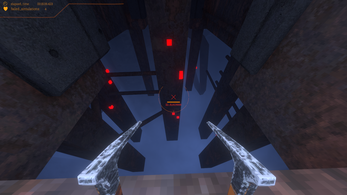